Non-destructive testing (NDT) is a way to detect and evaluate flaws in materials. Within aerospace NDT plays a vital role in the design, manufacture and maintenance of aircraft.

The simplest and most accurate way of testing materials and components is often to test them to destruction. Destructive testing is used in aerospace to determine the physical properties of materials, components and assemblies. It can reveal useful information about characteristics of materials including ductility, tensile strength and fracture toughness.

However, destructive testing is not always possible or desirable when testing parts and materials destined for, or already in use on, aircraft mainly because of their high value.

Instead engineers and technicians use non-destructive testing techniques, equipment and analysis to examine materials and components before they enter service and while they are in service, without destroying them. NDT can also detect flaws and differences in materials that would otherwise be very difficult to detect using destructive methods.

When is NDT used in aerospace?

Safety is the single most critical aspect of aviation. NDT is used throughout a product’s lifecycle – from the qualification of new materials and the designing of new aircraft to in-service inspections of aircraft structures and engines.

During development, researchers may use NDT to help develop lightweight and more flexible materials and structures for aircraft. Engineers will use NDT tools and processes during aircraft testing and certification to test performance and durability and investigate issues.

Aircraft makers use NDT to ensure the quality of materials and joining process during and after manufacturing. Finally, maintenance engineers and technicians will use NDT to inspect in-service aircraft for damage and cracks at regular intervals to guarantee airworthiness and safety.

How is NDT used in aerospace?

The vital aspect of NDT is that the part or the material being tested remains whole and serviceable after the testing.

NDT can generally be split into two areas: surface techniques and sub-surface techniques. Within these two areas is a range of established and trusted tools, such as tap tests conducted with hammers to more recent and advanced technologies, such as 3D computed tomography.

Visual inspections are the oldest and simplest method of non-destructive testing. It’s often said the human eye is the most powerful NDT tool. Visual inspections of aircraft structures and components for damage such as cracks, corrosion and misalignment will often be the first sign of a problem.

Liquid penetrant testing is another simple and quick method widely used in aviation to detect surface defects and structural damage in non-porous materials.

Test objects are coated with a highly viscous dye. Once the dye has settled into any cracks or flaws, the object is cleaned, leaving just the dye which has penetrated the cracks. Some of this remaining dye will flow back out, revealing an indication of the cracks and flaws.

Fluorescent penetrants are often used for sensitive materials and parts. Liquid penetrant testing is a flexible technique and can be carried out in-situ or in a workshop or hangar. It is also often part of cleaning and servicing parts, where the surfaces of objects are inspected after cleaning.

Acoustic emission testing is the application of an abrupt force to the test object, a ‘tap test’ and the analysis of the results. This analysis could be as simple as listening to the sound or using multiple sensors to record the resulting stress waves and small deformations that occur.

Radiography in aerospace can use both x-rays for thin materials and gamma rays for thicker materials. Traditionally film has been used to capture the image, but is being superseded by digital methods.

A further recent advance is 3D computed tomography (CT) scanning, which captures multiple x-rays of a test object to build up a cross-section view of the object on a computer.

Ultrasonic testing is the most common sub-surface technique and uses high-frequency sound waves to locate defects within a component or material. It is commonly used to detect defects in welds, fittings, joints, bolts and adhesive bond quality. The technique is similar to sonar, in that it records and analyzes the reflection of sound waves.

There are several different ultrasonic testing techniques used by aerospace engineers and technicians, including straight beam inspection, immersion testing and phased array inspections. All use an ultrasonic transducer, also called a probe, to send and receive soundwaves and display results as a graph on a screen.

Magnetic particle testing involves inducing a magnetic field in the test object, applying magnetic particles to it either in dry form or suspended in a liquid, which could be colored or fluorescent, and then examining the object using suitable lighting.

The technique is used to detect discontinuities in ferromagnetic materials. Several different pieces of equipment can be used for magnetic particle testing depending on the environment, including yokes, prods, coils and heads.

Vibration analysis monitors the vibration signatures generated by a rotating piece of machinery and interprets them to detect when something out of the ordinary occurs. Displacement sensors, which use eddy currents, velocity sensors or accelerometers attached to the machinery, can be used for the monitoring.

Thermal/Infrared testing involves mapping the surface temperatures of an object and can be used to detect damage such as corrosion, delamination, voids and disbonds. It works by detecting anomalies in the heat flow in a material or component.

Laser testing includes techniques such as shearography, holography and profilometry. All use laser light in different ways to detect deformation on the surface of objects and computer processing to compare stressed and unstressed conditions. It is most useful when detecting tiny flaws a few micrometers in size.

1. We provide NDT inspection services mainly to the Aerospace Sector, but can provide the same quality inspections and service to the Industrial Sector.

2. Our highly skilled and approved NDT Technicians provide a 24/7 365 days a years cover including AOG, in the ASIA or globally .

4. Through our associate companies we are able to offer or arrange almost any type of testing.

9. Visual inspection by use of Drone 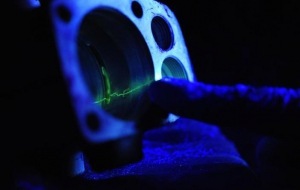 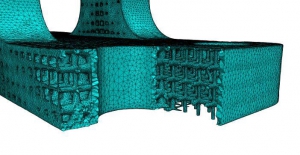 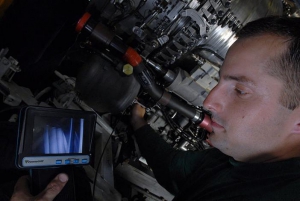 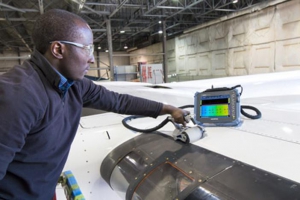 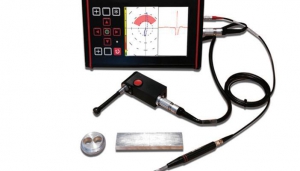