Acoustic Emission Testing (AET) is a Non-Destructive Testing (NDT) method that is used to analyse emitted sound waves caused by defects or discontinuities. These acoustic waves are induced by small deformations, corrosion or cracking, which occur prior to structure failure. It is therefore possible, with AET, to locate structural defects and to monitor the propagation and development of discontinuities. 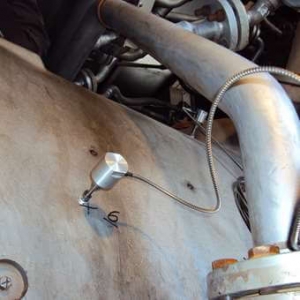 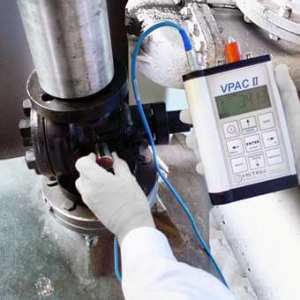 The Guided Wave technology uses a low frequency guided ultrasound waves traveling along the pipe, providing 100% coverage of the pipe length. In normal application, tens of meters of piping may be inspected from a single location. Effected areas are precisely located in terms of distance from the transducer ring and highlighted for further local examination by visual or other conventional NDT methods. This non-destructive screening technique can be used without extensive scaffolding and minimizes the requirement of removing insulation along the piping. 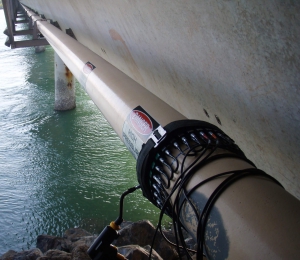 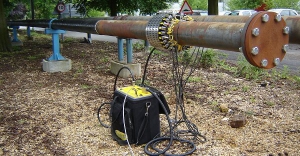 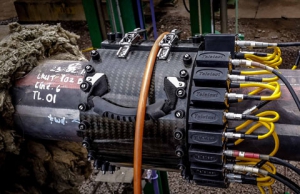 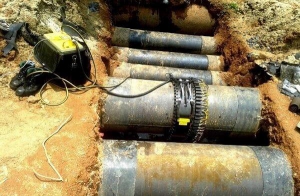 Corrosion under insulation (CUI) is the corrosion of piping and vessels that occurs beneath insulation as a result of water penetration. The water can come from rain water, leakage, deluge system water, wash water, or sweating from temperature cycling or low temperature operation such as refrigeration units.

Unfortunately, because the corrosion is hidden under the insulation, CUI tends to remain undetected until the insulation is removed for inspection or when leaks occur. CUI is a common problem across many industries, including refining, petrochemical, power, industrial, onshore and offshore industries. 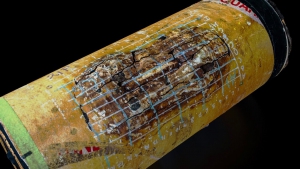 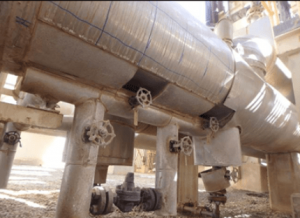 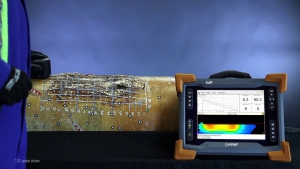 Profile Radiography, technically called Tangential radiography is a radiographic technique used for the determination of remaining pipe wall thickness. Wall thickness measurement in processing pipe is necessary to determine loss of material due corrosion under insulation and internal erosion. Thickness measurement would assist the engineer in making decisions with regards to the safety of plant, environment and personnel and also for insurance purposes. 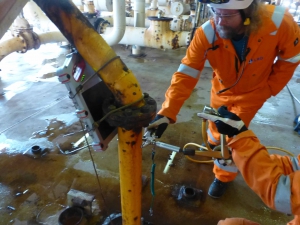 Designed to address the requirements of elevated temperature corrosion and weld inspections, these solution packages are targeted at the reduction or elimination of shutdown times in production environments. This series is designed to operate up to 200°C. The TempMaster Gold solution package has been designed to include all the required equipment to ensure safe and reliable operation within this temperature range. The Gold Series high temperature material has a safety margin to accommodate some temperature fluctuation. 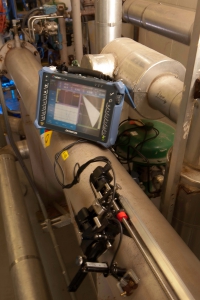 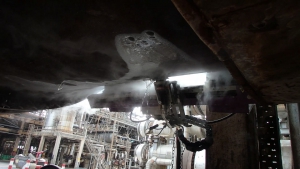 Although most ultrasonic flaw detection and thickness gaging is performed at normal environmental temperatures, there are many situations where it is necessary to test a material that is hot. This most commonly happens in process industries, where hot metal pipes or tanks must be tested without shutting them down for cooling, but also includes manufacturing situations involving hot materials, such as extruded plastic pipe or thermally molded plastic immediately after fabrication, or testing of metal ingots or castings before they have fully cooled. This application note contains quick reference information regarding selection of high temperature transducers and couplants, and important factors regarding their use. It covers conventional ultrasonic testing of materials at temperatures up to approximately 500°C.

Battery operated, encoded crawler with 5 MHz, dry coupled wheel probe. Supplied with a 50 metre umbilical cable for access to the top of the highest storage tanks methods. The Scorpion is a rugged remote access ultrasonic (UT) crawler designed for cost effective ultrasonic inspection on ferro-magnetic structures such as storage tanks, vessels and offshore installations without the need for costly scaffolding or rope access associated with UT thickness gauging. 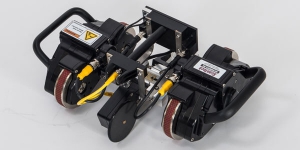 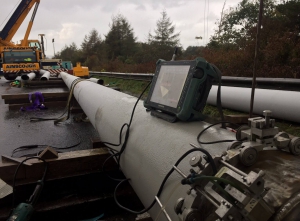 IR Thermography is based on the concept that, the object which has absorbed heat or at some temperature value higher than the ambient or surrounding environment will emit infrared radiation (heat flux) at different wavelength. The IR thermography method uses a thermal image scanner or camera to record the heat flux which was emitted as infrared radiation. The thermal image describes the distribution of the surface temperature that will detect the defects in the subsurface of the material tested. Because of different thermal coefficients between the sample surface and the ambient, the heat will flow in different ways (thermal wavelength) and also at different rates and thus results in a different temperature distribution on the surface of the sample with respect to the defects in the tested material.

IR Thermography has two different approaches namely passive and active, depending on how thermal load is applied to the object to be tested.

In passive approach, test samples are naturally at a higher temperature than the ambient whereas in active approach, an external stimulus is necessary to apply thermal contrasts to the test material. In active thermography, test materials are to be heated above the ambient temperature. It can be applied in two methods, single sided and double-sided. In single-sided, the sample will be heated first and afterwards heat release will be recorded by the thermal image scanner, while in the case of double sided, thermal image scanner and heat source are placed on opposite sides with respect to the sample and the scanner is switched on simultaneously with the heat source. 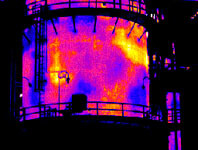 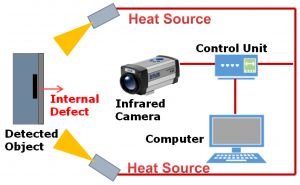 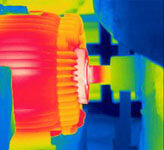 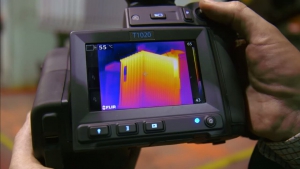